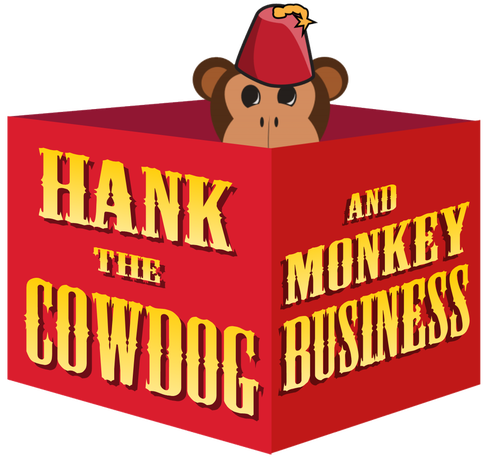 The head of Ranch Security (Hank the Cowdog) and his first lieutenant, Drover, are finishing up an exhausting morning of patrols when a mysterious caravan of trucks rumbles past headquarters. Going in for a closer look, Hank apprehends a large red box bearing a mysterious label: WARNING! MONKEY! DO NOT OPEN THIS BOX! After running diagnostics, Hank discovers that the goods consist of nothing less than the Pasha of Shizzam,
​a bizarre little monkey willing to answer to Hank's beck and call. Or is he?

Find out in this surprise-filled musical adventure adapted by RSU theatre professor David Blakely from the hilarious children's series by
John Erickson.